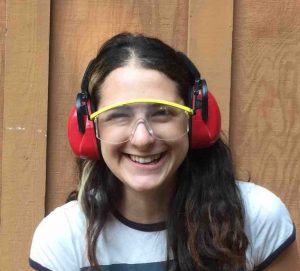 Hannah Sawyer (b.1991) is a Chicago-based interdisciplinary artist. Sawyer explores the disconnect in physicality that lies between the analog and digital space. Through her reimagining of digital objects, she plays with the illusion of depth. By creating physical forms that make the viewer question their falsehood, she explores the bi-directional transference of context between the digital and the material. She received her BFA in sculpture from Pratt Institute in 2013, and after completing residencies at Salem Art Works in New York and at Franconia Sculpture Park in Minnesota, Sawyer moved to Chicago. Her most recent works have been shown at FRIENDZONE Gallery and TCC Gallery Chicago and Yeah Maybe in Minneapolis, Minnesota.